6 Incredible Waterfalls that will Blow Your Mind 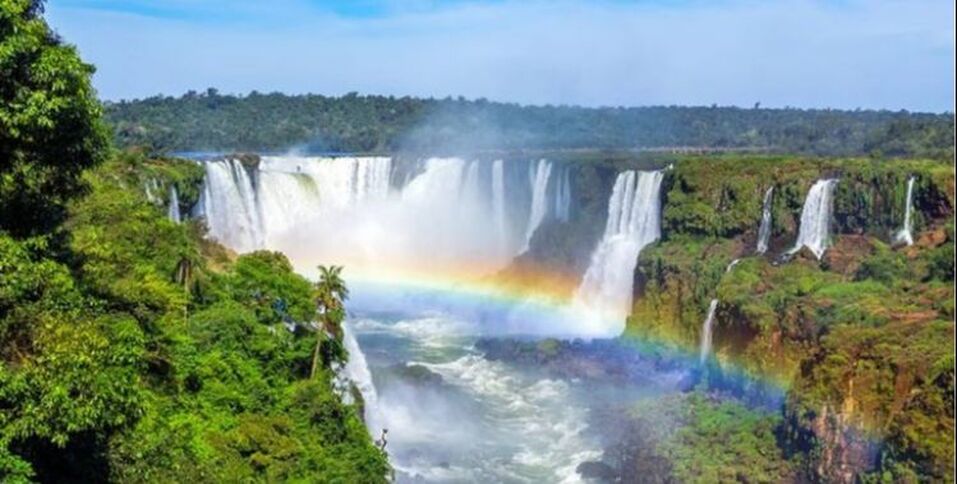 Arguably the most dramatic waterfall in the world, the sound affects of this chain of hundreds of individual waterfalls, stretched almost 3 kilometres, creating the world's largest waterfall is thunderous.

Located on the border of Argentina and Brazil, the falls are protected in a national park and can be viewed from either side.

Jaw-dropping jet boat rides can be taken from the Brazilian side of the falls and travel all the way to the steam bed of the plunge pool of the falls, covering riders in cool mist.  Helicopter rides are available from the Argentinian side, but are frowned upon by Brazilians for disrupting the wildlife of the surrounding national park. 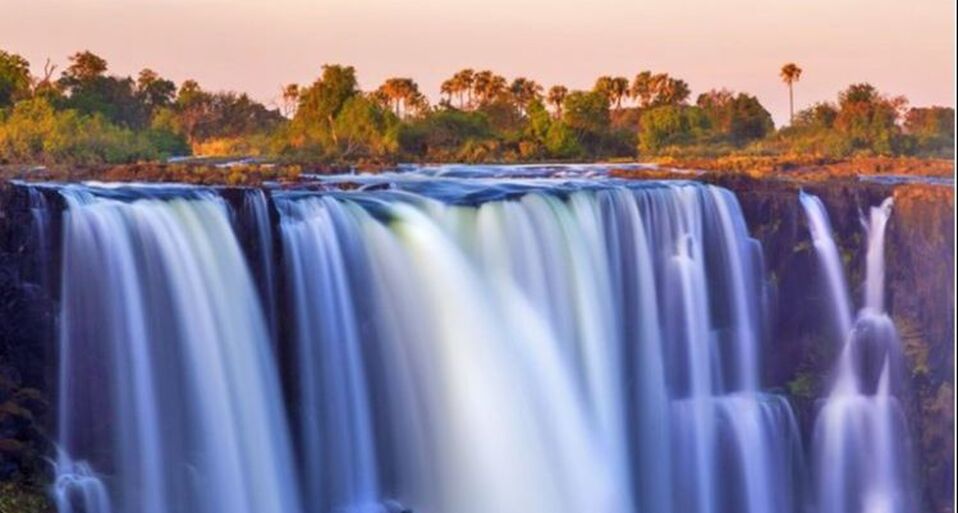 The UNESCO World Heritage site of Victoria Falls flows on the Zambesi River, between Zimbabwe and Zambia.

Locally known as "the Smoke that Thunders", you'll understand why when you hear the impressive wall of water plunging over a 1.7km wide precipice, over 100 metres high.

If you're brave enough, take a dip in Devil's Pool, which hosts the most daring and incredible view, right on top of the falls on the Zambian side.

​During the rainy season, you can expect to get soaked walking along the trail on the Zimbabwe side, where the best views of the falls are found. 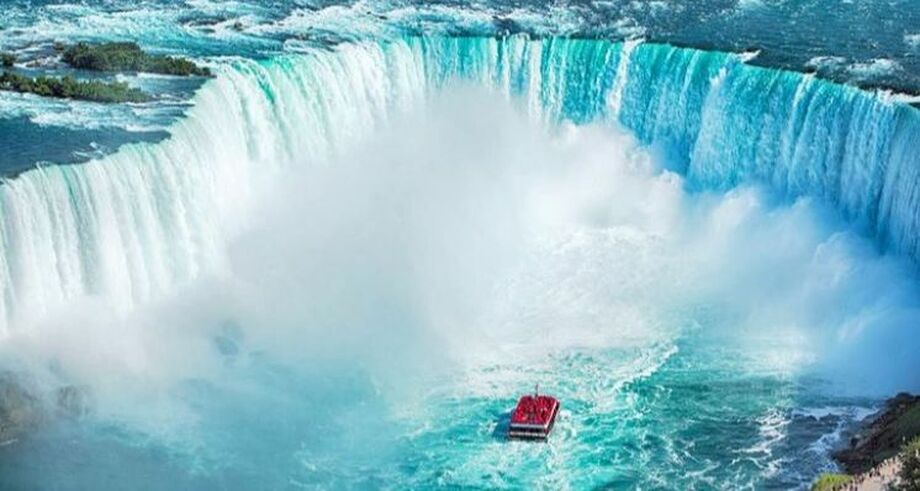 Possible the world's most famous waterfall, welcoming over 12 million visitors each year to her misty surrounds, NIagara Falls is made up of 3 waterfalls - The American Falls, Bridal Veil Falls and Canadian (Horseshoe) falls. Niagara is the collective name for all three. The falls sit in the middle of New York, USA and Ontario, Canada, and can be visited from both sides.

Horseshoe is the longest and tallest of the falls, at 792 metres wide and over 50 metres tall. The falls are around 10,000 years old, created after the end of the last Ice Age when Ontario's ice began to change and the Niagara River was formed.

Many daredevils have tried to cross Niagara Falls on tightrope, with the first attempt in 1859, but Travel Therapy recommends taking a Maid of the Mist boat tour, right into the falls, for an easier adventure for thrill-seekers. 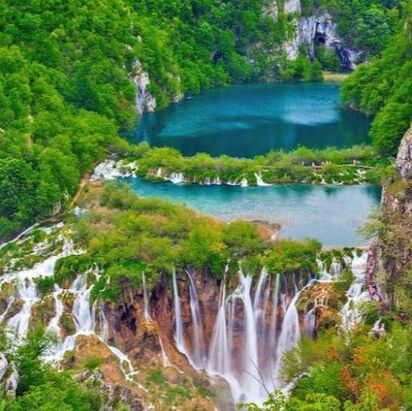 The Plitvice Lakes National Park, Croatia’s most popular tourist attraction, was granted UNESCO World Heritage status in 1979. Located roughly halfway between capital city Zagreb and Zadar on the coast, the lakes are a definite must-see in Croatia. (As confirmed by the many emails we’ve received!)

The beauty of the National Park lies in its sixteen lakes, inter-connected by a series of waterfalls, and set in deep woodland populated by deer, bears, wolves, boars and rare bird species.  The National Park covers a total area of 300 square kilometres, whilst the lakes join together over a distance of eight kilometres.

There’s also quite an altitude difference – the highest point is at 1,280m, the lowest at 380m – although the total height difference between the lakes themselves is only 135m. (Veliki Slap, the largest waterfall, is 70m tall.)
​
If you’re undecided about whether or not to visit Plitvice Lakes, take a look at any photo album of the Park and that will surely sway you! The official Plitvice Lakes website has a fantastic virtual tour that features some truly stunning scenes. 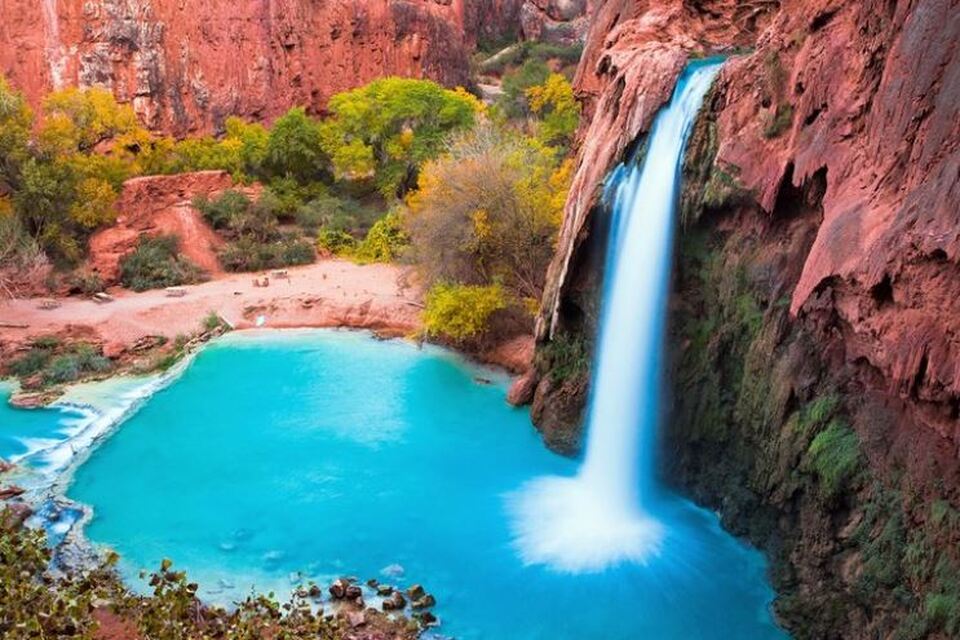 Havasu Falls is the most beautiful of the five Havasupai Waterfalls that plummet over orange-red cliffs into bright turquoise-blue pools in a side canyon of the Grand Canyon.

The waterfalls are all located on the Havasupai Indian Reservation and can only be accessed via an overnight 10-mile hike that requires advance reservation and payment of fees - no day hiking is allowed, and you must spend at least one night at the campground in the canyon; most people spend three nights.
​
The number of people allowed into the canyon is limited, and there is often a waiting list to experience this bucket-list worthy waterfall.

Cascada La Novia, or Bridal Veil Falls, also known as Waterfall of the Bride, was said to resemble the dress of a woman and was only recently discovered in the town of Namora, in the central Peruvian city of Cajamarca.

The local Peruvian settlers say the waterfall was formed from a beautiful bride after her father shot her groom on their wedding day, as whe was from a rival family. They say the overwhelming grief  caused the bride to run to the mountains to mourn. She shed so many tears, they ran down her beautiful dress towards and she made a pact with the local mountains Apu, and Pachamama, so that her tears turned into the stunning waterfall for everyone to appreciate its beauty for all eternity.
​