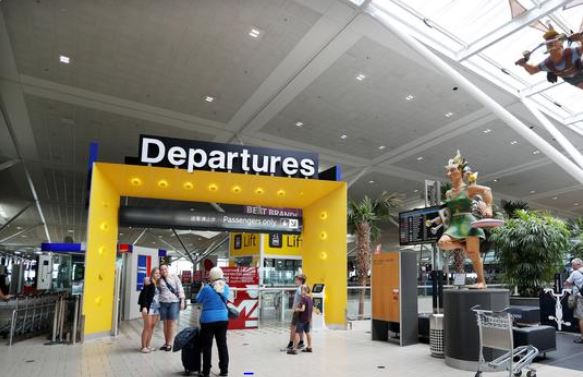 Australia's border has been closed to overseas visitors since March last year, and authorities have consistently described that decision as a key part of the Government's pandemic response. Just last month, Professor Murphy dashed hopes of international travel returning in 2021, saying he thought both border closures and hotel quarantine would remain for some time.
But on a Facebook Live segment hosted by News Limited, the Health Department Secretary said reopening the border could depend on whether a COVID-19 vaccine could stop the virus from spreading.
​
​"If, as we suspect these vaccines are effective at preventing transmission, the sooner we get the population vaccinated, the sooner people — not only will they be protected, but we will get on this path towards good herd immunity, and that will speed up the return to international travel," he said.

While health authorities say the COVID-19 vaccines to be rolled out in Australia will stop people getting sick or dying from COVID-19, they do not yet know how effective they are in preventing the virus spreading from one person to another. A a recent study by Oxford University, which has not yet been peer-reviewed, found the AstraZeneca vaccine not only prevented severe disease but appeared to cut transmission by around 67 per cent.
Australia's medical regulator has approved the Pfizer vaccine for use in Australia, and AstraZeneca's jab is expected to be given the green light within the next few weeks.

Mr Morrison agreed the opening of borders hinged on the efficacy of the vaccines in stopping the spread of coronavirus, but said he could not put a timeframe on it. "The key thing I think is going to impact on that decision, is going to be whether the evidence emerges about transmissibility, and how the vaccine protects against that."

"If it indeed does stop transmission between people, then that could be quite be a game changer, but that will not be evident for some time yet," he said. 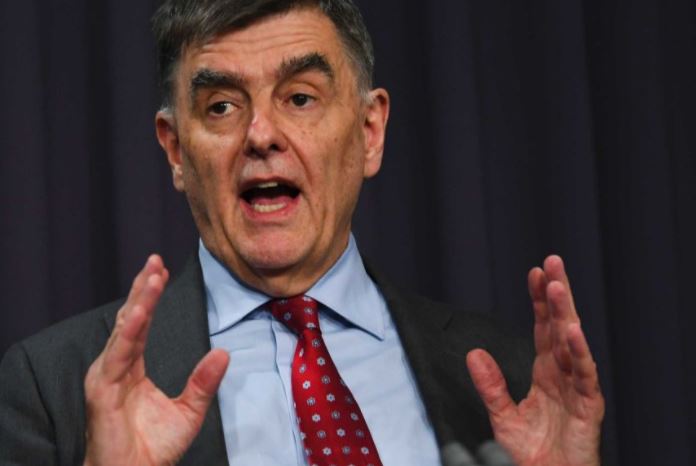 Brendan Murphy says we will "have to wait and see" how coronavirus vaccines impact transmissibility.
Professor Murphy reiterated the Government's first priority was stopping people from getting sick from COVID-19, and it would then evaluate the data as the vaccines were rolled out.
​
"In all likelihood they will have a significant effect on transmission, and we're seeing some early evidence of that coming from the UK, if that's the case they should allow progressively over the second half of this year, some relaxation of … border measures and other measures," he said.
​
"But we just have to wait and see."

​Who gets what jab, and can you get two different ones?

Professor Murphy, who was the chief medical officer at the beginning of the pandemic, said in his view both the Pfizer and the AstraZeneca vaccines were close to equally effective at preventing COVID-19.

He said most Australians would get the AstraZeneca jab.

"I'll be getting AstraZeneca vaccine — and will be lining up for it with great enthusiasm," he said.

Mr Morrison said he would probably get the Pfizer jab, which is being rolled out first to those who need protection the most.

"I'll be taking the advice of Professor Murphy and Professor [Paul] Kelly, and at this stage I would say that would be the Pfizer vaccine, and heading down here to Canberra hospital I'd be assuming to take it," he said.

"I think it's very important we show — I personally show — this is something we should do."

Professor Murphy was also asked whether someone could get one dose of one vaccine first, before receiving a dose from a different brand.
Scientists call this "mixed brand dose schedules" and Australian authorities have been exploring the issue on the back of evidence the practice could raise a person's immunity.
Professor Murphy said at this stage, Australians would likely get two jabs of the same vaccine.
"All the evidence would suggest you need the same vaccine for the second dose to give you the best immune protection," he said.
"It would be silly to mix and match."
But he said it was possible they could get a full course of one brand, and then try another.
"You might have a two-dose course of one of those vaccines, and it turns out in a year or two you still need boosters, then you could have another one," he said.
"We are planning our rollout to make sure everyone has the rollout to the same vaccine."
See original story by Stephanie Dalzell
RELATED BLOG ARTICLES: