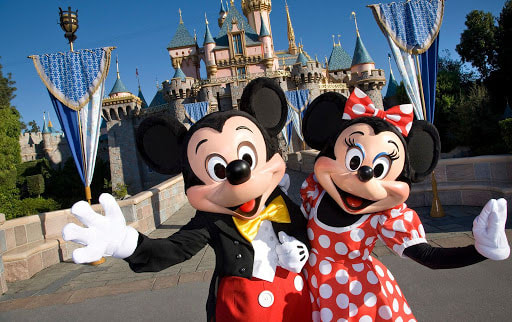 Thousands of Disney fans were left heartbroken when the Disneyland theme parks in Florida, Los Angeles and even Paris closed earlier this month in response to the coronavirus outbreak.

Can't get out of the house to your favourite attractions because you're social distancing, self-isolating or even closures? Not a problem, jut recreate the fun at home! Several families have shared their hilarious solution with a Disney themed Pirates of the Caribbean staycation. This family recreated the famous ride in their home with the use of some clever props, costumes and a whole lot of silly pirate accents. With the clip @brookie_disney shared to her twitter account, Brooke and her family have gone viral with almost 2 million views, thousands of likes and retweets by breaking up the routines of being stuck at home.
Another Disney loving fan is Jess Siswick, who was meant to be at Walt Disney World with her best friend last month, when the theme park announced it's closure.  Jess had planned her Disney escape around a work conference, but due to work having to halt all work travel, she decided to create her favorite Disney experiences at home. She dug out her old Minnie Mouse ears, posters and other memorabilia including sticky notes, a $50 projector, her phone, an Amazon Echo and put it all to work.

Cleverly virtually visiting the Magic Kingdom, re-creating the Soarin’ experience with socked feet and some air freshener and even tried to get on the popular new Star Wars ride. She's also visited the Twilight Zone Tower of Terror. Over the past few weeks, Siswick’s videos on social media have had hundreds of thousands of views and have inspired other theme park fans to pitch in with their own offerings.

If you have any inventive theme park from home clips you'd like to share on social media, use the hashtag #HomemadeDisney, #stayathome and share the fun. 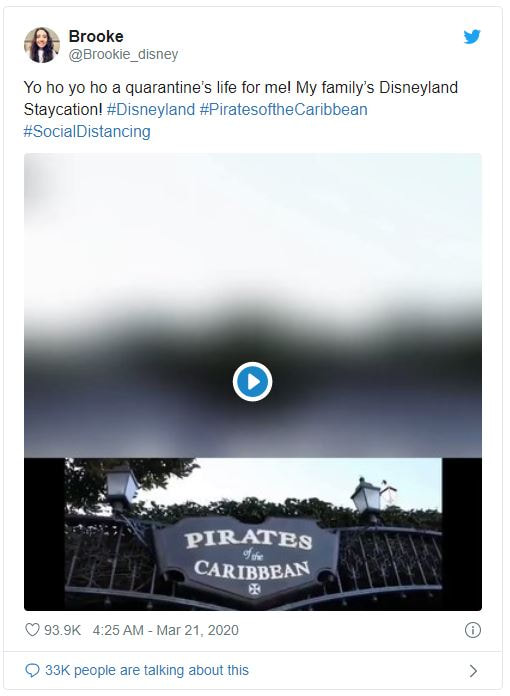 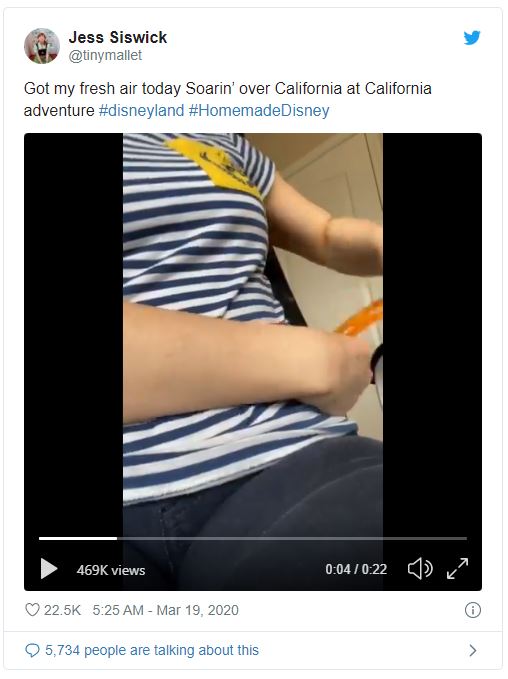