Does a government have to pass a law to make something compulsory, or can businesses make it a must-have anyway?
The world is about to find out, after Qantas CEO Alan Joyce declared international travellers must have a COVID-19 vaccine to get on a flight. It looks like the vaccine won't be mandatory for Australians at home. But whether people will have access to their favourite goods and services if they don't get the vaccine is more complicated.

Speaking on Channel Nine's A Current Affair on Monday night, Qantas boss Alan Joyce said he believed it would be a necessity for passengers to be vaccinated once a vaccine is available.

And he said the company was looking into the possibility of requiring passengers to have a vaccination passport which would allow them to travel.

International travel has been hit hard by the coronavirus pandemic, with flights cut and airlines laying off staff.

"We are looking at changing our terms and conditions, to say for international, that we will ask people to have a vaccination before getting on the aircraft," Mr Joyce confirmed.

"We think for international visitors coming out, and people leaving the country, we think that's a necessity."

​The Qantas CEO said the company would consider the same requirements for domestic flights. He said he had talked to the chief executives of other international carriers who were also considering making vaccination mandatory for travel. A vaccination passport is being touted as a method of proving passengers have been vaccinated.

​Will the vaccine be compulsory for Australians?

The short answer is no, but it's clear the Government wants as many people as possible to have it.

In August, Prime Minister Scott Morrison said he expected the vaccine "to be as mandatory as you can possibly make it". But just hours later, Mr Morrison said that the Government would not make vaccination mandatory for anybody.

"It's not going to be compulsory to have the vaccine," he said.

​Will it be mandatory for international travellers?

"While the Australian Government strongly supports immunisation and will run a strong campaign to encourage vaccination, it is not mandatory and individuals may choose not to vaccinate," it says.
​
Health Minister Greg Hunt said today that "early guidance" would be that international arrivals would be expected to be vaccinated or face quarantine. Mr Hunt's comments suggest those who can't have the vaccine, for example those who are immunocompromised, will still be able to travel. 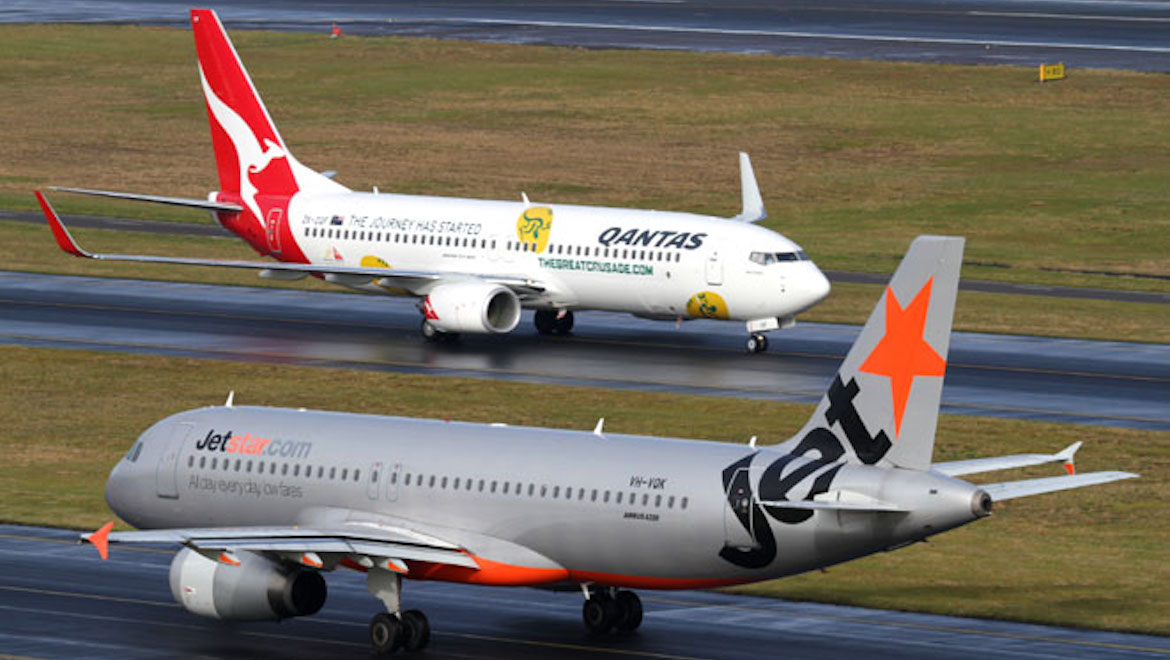 What is the rest of the air travel sector going to do?

Qantas has declined to elaborate on the comments made by Mr Joyce. But Mr Joyce isn't the only one thinking about changes to international travel.

The International Air Transport Association (IATA), a group of 297 airlines including Qantas, is calling for systematic COVID-19 testing of all international travellers. To help support this, it announced on Tuesday morning that it was in the final development phase of a new vaccine passport app. Which will record if someone has been vaccinated, and share the information with airlines and immigration authorities. It's due to be piloted later this year, ahead of a launch early in 2021.

Simon Westaway, the head of the Australian Tourism Industry Council, said requiring travellers to have a coronavirus vaccination could act as a "circuit breaker" for disruptions across the sector. He argued Australia should also consider introducing rapid COVID-19 testing at airports, as used in a number of other countries.

"I think rapid testing is really starting to prove its worth, it's important that authorities give that absolutely full berth," he said.
​
"I do think you're going to need a combination or a suite of really efficient, easy measures to give people confidence in travel, but importantly to have operators and authorities to have that confidence as well."

Will you have to pay for a vaccine?

No, the Government has promised the vaccine will be free and available to Australians in 2021.

But this will come at a cost to taxpayers.
​
The Government is spending more than $3.2 billion on COVID-19 vaccines.