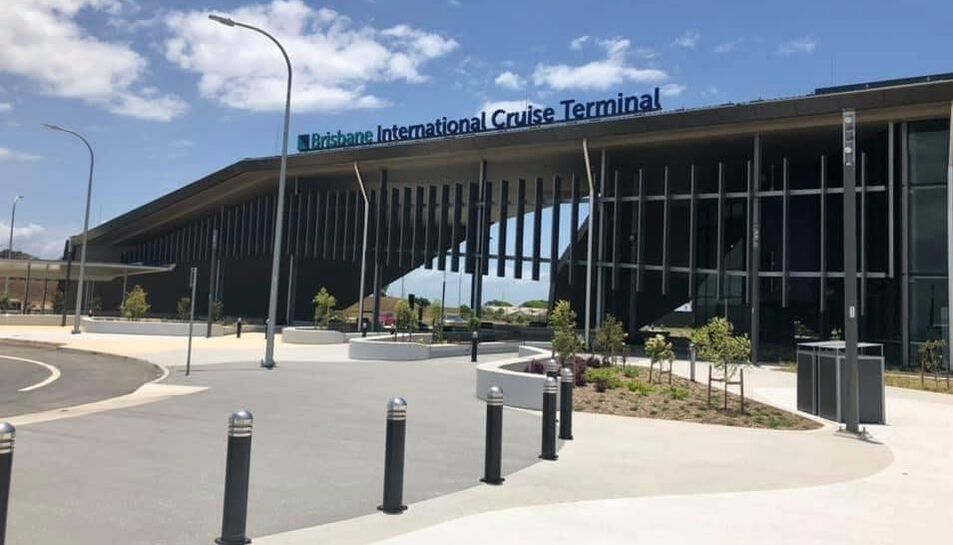 Image Credit" Carnival Australia
With its October 2020 opening postponed due to Australia’s suspension of cruise ships, the public is yet to see the $177 million dollar Brisbane International Cruise Terminal.
​
However, a few incredibly lucky agents were able to have a sneak peek this week at the majestic project, underwritten by Carnival Australia after a successful lobbying campaign, aimed at the Queensland Government to bring more of the countries travellers to the region.

The new terminal is focused on passenger experience and passengers can arrive by private vehicle, taxi or rideshare and experience the fast check in and onboarding options to start their cruise sooner. 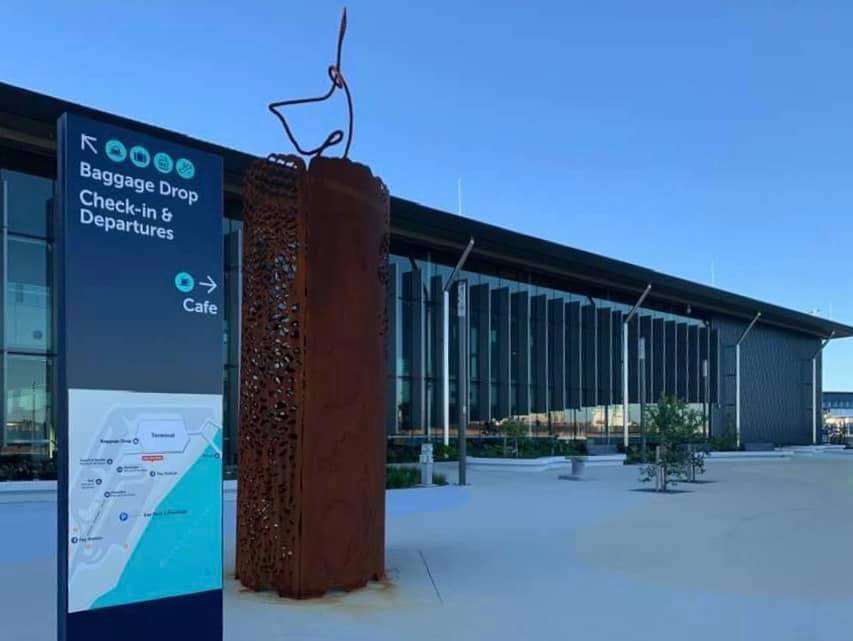 Located only 15 minutes from Brisbane Airport and 30 mins from the CBD, the new terminal offers strong connections to both the north and south tourist regions for travellers, enabling ships to offer a wider range of shore excursions.

The current Portside terminal in the Brisbane River, can only cater for smaller ships. The new terminal at Luggage Point on the north side entrance to the river will be able to handle the largest cruise ships in the world, in turn, bringing in millions of dollars to the local economy.

Joel Katz, Managing Director of Cruise Lines International Association , says Australians have the highest market penetration for cruises in the world. Queensland showed the highest increase in cruising passenger numbers in the years prior to COVID and 22% of all cruises in Australia come from Queensland.

The new terminal is a testament to the strength of the cruise industry in both Australia and Queensland.

It is particularly important to the far north Queensland ports where cruising contributes massively to the local and regional communities. In Cairns alone, the cruise industry provides hundreds of jobs and around $100 million in economic benefit.
P&O Cruises Australia’s Pacific Dawn was to have been the first ship to sail from the new terminal. And while cruisers await an official resumption date for cruising, over 180 cruises have been confirmed to book for the first season.

When Will Cruising Begin Again In Australia?

Joel Katz says that CLIA are working closely with the federal government around a carefully staged and managed return to cruising, in order to be able to offer local cruises to locals. Potentially this could start as intra-state cruises being offered within the state and then open  up to interstate cruising between states and then as bubbles develop across the Tasman and South Pacific, international cruises will begin to open back up.

But this relies on a government roadmap to opening our cruising borders, state borders and international borders to travellers. Since the resumption of cruising internationally last year, over 500,000 people have taken a cruise without incident.
Given that thousands of travellers are currently allowed to travel interstate on planes, where social distancing is much more difficult to manage than a cruise ship, hopefully the government will put thought into how the cruise industry, which has been world-leading in implementing COVID policies and procedures to keep travellers safe, can begin to operate again.
​
Europe has opened borders to vaccinated travellers, and even US travellers can now visit 61 countries, let’s hope it’s not too long before Australians can do the same and enjoy the wonderful new infrastructure that is now available at the Brisbane International Cruise Terminal.
RELATED ARTICLES
✔️​ Luke Mangan's Virtual Cooking Classes with P&O Cruises