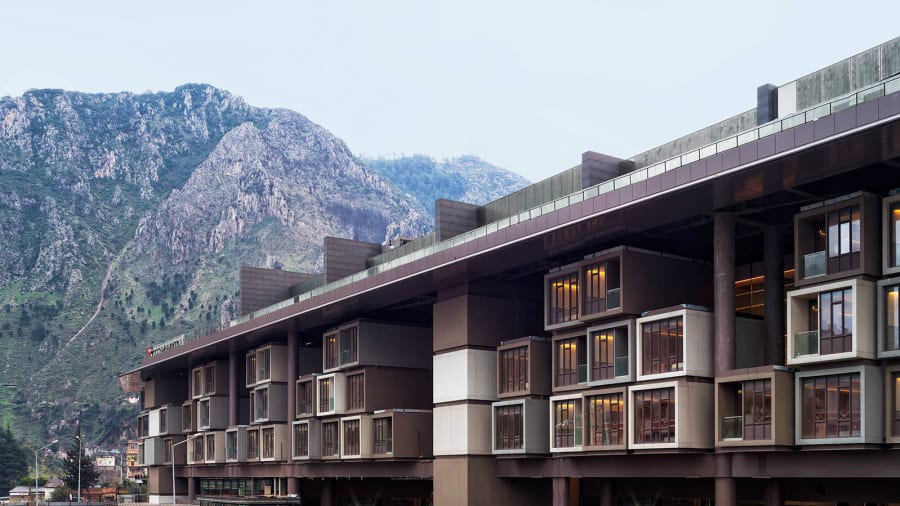 For many hoteliers, the discovery of archaeological ruins on a site destined to become a luxury hotel would be a major setback, potentially derailing the entire project. But when faced with that precise dilemma in Antakya, Turkey—the former Roman city of Antioch—in 2009, the Asfuroğlu family decided to embrace the challenges, eventually opening the Museum Hotel Antakya, a luxury property built atop a 2,300-year-old archaeological site, this year. 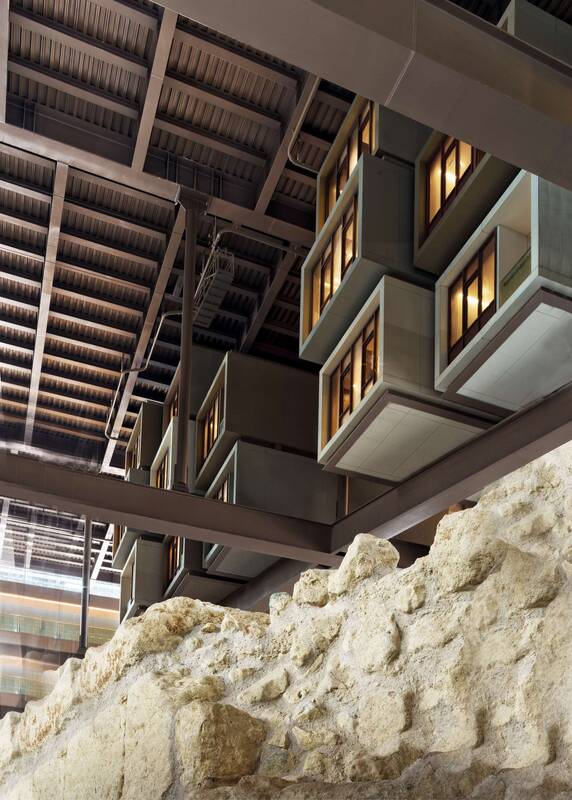 The modular guest rooms
When the first ruins were unearthed after ground was broken for the hotel, the entire four-acre site was transformed into Turkey’s largest systemic archeological excavation since the 1930s, with a 200-person team, including 35 archaeologists and five restorers, working diligently for 18 months. What the team unearthed was astounding: the world’s largest single-piece floor mosaic, the world’s first marble statue of the Greek god Eros found entirely intact, and 35,000 other artifacts dating back to the 3rd century B.C. from 13 different civilizations. “The original plan before the excavations began was to build a 400-room concrete city hotel, but after the discoveries it was impossible for the project to be carried out as such,” says Sabiha Asfuroğlu Abbasoğlu, Asfuroğlu Group’s Tourism and Hotel Division CEO.

​The group then tasked Turkish firm Emre Arolat Architects (EAA) with building a luxury hotel that not just surrounds the archaeological site but also protects it—all without disturbing it. “Thus, a suspended 200-room steel construction was designed to protect and display the findings below as a national archaeology park, which is now the publicly owned and operated Necmi Asfuroğlu Archaeological Museum,” says Abbasoğlu. 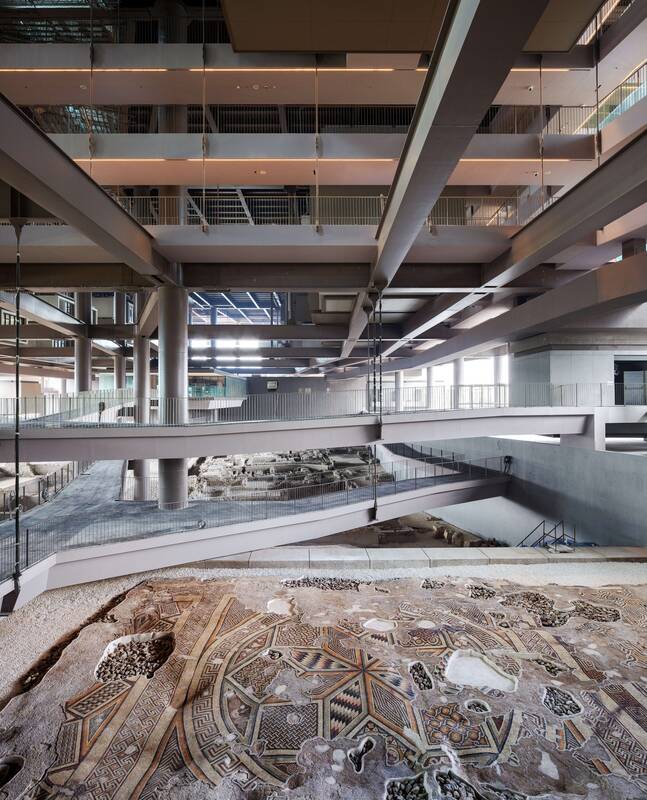 The hotel is built atop a massive archaeological site.
EAA strategically placed steel beams into areas of the site that didn’t have any archaeological elements beneath them in order to create the multi-story structure’s framework. From this, prefabricated guest rooms along the public spaces, including the restaurant, bar, and lobby, were inserted into the building above the ruins, offering guests a unique bird’s-eye view of them. “Positioning this large building on such a precious archaeological site required a very sensitive approach, and very precise calculations and engineering and construction programs,” says Abbasoğlu. “All in all, this structure is an engineering marvel.” 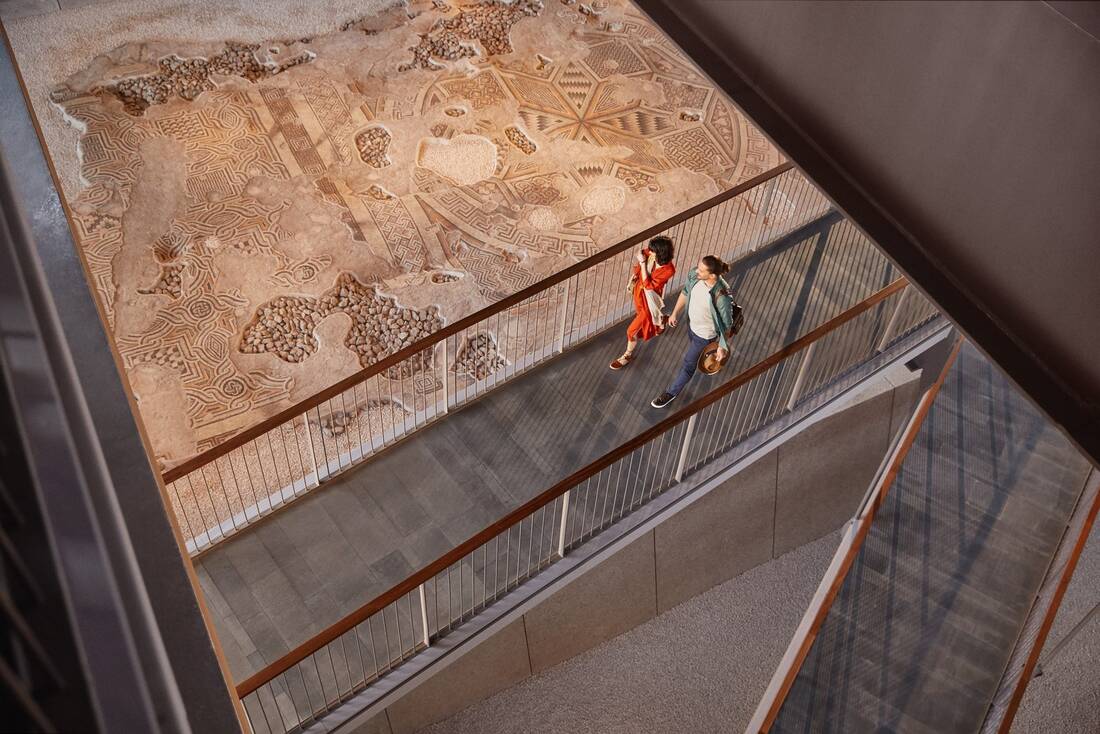 Beneath the hotel is the Necmi Asfuroğlu Archaeological Museum.
The project ended up costing the Asfuroğlu Group more than $120 million and took longer than 10 years to complete, but the results were well worth it, not just from the perspective of the hotel but also for the impressive archaeological findings. “When the Asfuroğlu family broke ground for this new hotel in Antakya, little did they know what they would find or how it would change the region forever,” says Abbasoğlu.