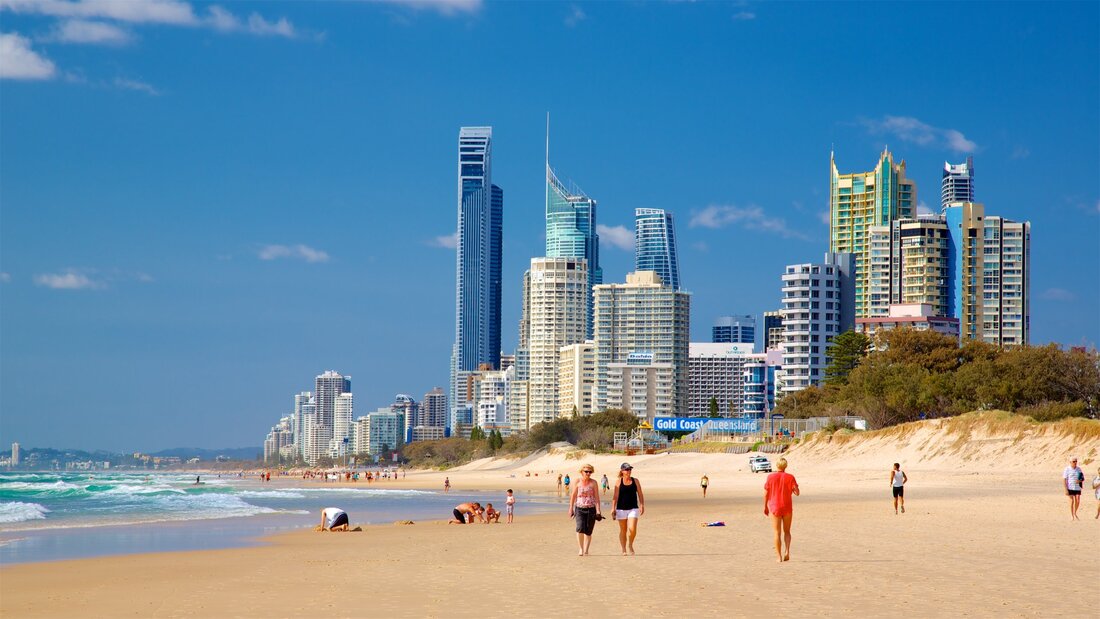 Restart Timetable for Tourism - When you can travel in your state?

The Tourism Restart Taskforce is a newly formed council from the national peak body, Australian Chamber-Tourism, that formed to provide advice to industry and government on priorities to rebuild tourism in Australia.

Australians could be heading to New Zealand for a holiday in early July, perhaps even before we can travel to Queensland and Tasmania, based on current restrictions.

The Six Step Restart Timetable will act as markers for the tourism industry, and adjustments made based on ongoing health advice and as State Governments make decisions around their own borders.

Released today, the schedule shows when each sector of the industry should be able to begin moving out of hibernation, showing that domestic travel could begin in early July. 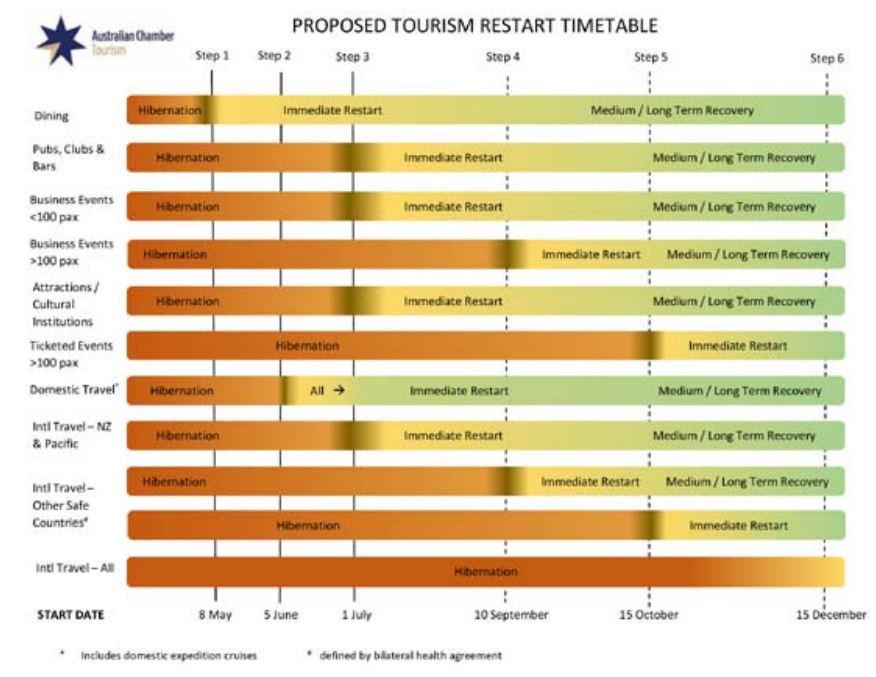 Image Credit: Australian Chamber Tourism
Of course, some state borders may till inhibit this and the taskforce identified the lifting of travel restrictions and open of state borders as one of the country’s highest priorities. Domestic travel is pinned to start from early July, including domestic expedition cruises.

So when you can travel within each state?

NSW residents will be able to take a holiday anywhere within NSW from Monday 1st June, including recreational trips and multi-night stays, as long as they maintain social distancing and good hygiene.

NSW have also kept their borders open to interstate travellers, meaning a ski holiday could still be on for this season’s plans.

Caravan parks and camping grounds will also start to reopen from 1st June, including those with shared common use facility areas, however NSW residents cannot cross borders into Queensland or South Australia, but can cross borders into Victoria.

Victoria announced yesterday, an easing of restrictions, allowing up to 20 people to gather at once in restaurants and cafes, but bars not serving food will remain closed. Galleries, museums, zoos and amusement parks and cinemas will also be covered by these conditions. This will increase to 50 people from 22nd June and then 100 people from the second half of July.

Travel for Victorian residents to holiday homes and private residences will commence from 1st June. Caravan and camping grounds can also open, but only those not using communal facilities such as kitchens and bathrooms.
​
Victorians will be allowed to cross the border into NSW and ACT but South Australia and Tasmania are still off the cards. 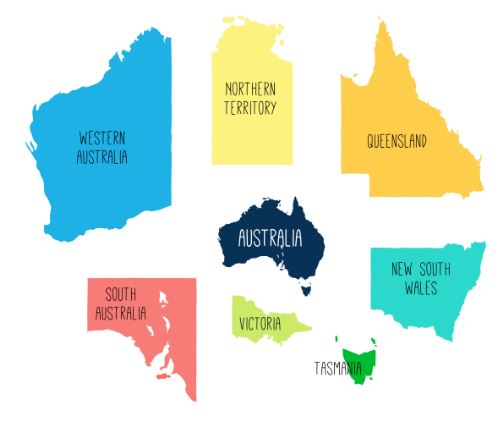 Regional travel opened on 11 May for South Australians, allowing travellers, caravaners and campers to take short overnight stays. A maximum of 20 diners (10 inside and 10 outside) with 1.5 metre social distancing still applies to restaurants.

Phase 2 of cellar door and pub opening has been moved forward to 5 June and pubs and other venues will open up to groups of 20.

All West Australian regional travel bans, except the at-risk Kimberley and some remote areas, will be lifted on Friday in time for the WA long weekend.

Visitors from interstate are still banned and residents returning to Western Australia are required to self quarantine for 14 days.

Queenslanders can travel for short overnight trips up to 250km from their home. Residents can travel to other states and territories, but are recommended to quarantine upon their return for 14 days.

Only interstate visitors with work or compassionate reasons, who have applied for a border permit, can cross into Queensland.

​The Northern Territory has lead Australia in lifting restrictions for intrastate travel and has been open for regional travel for a few weeks, with the exception of remote bio-security regions deemed high risk.
A final stage is planned for 5 June, which will ease more restrictions and allow larger gatherings.
Borders still remain shut for interstate travellers.

ACT’s borders remain open, but the recommendation is still not to travel for leisure.

Gatherings of up to 20 people will happen again from 30 May for restaurants and other venues.

Canberra residents should only travel outside of the Canberra region to visit family and friends for the purpose of providing care and support. You will need to abide by rules in the jurisdiction you are travelling to," the territory's advice reads.

This does not cover domestic expedition style ships and those such as Murray River Cruises are planning on cruising again from 1 June as they hold less than 100 passengers.

The Taskforce has pinned a date as early as July to start opening a trans-Tasman bubble, identifying New Zealand as the first market to open up for travellers, followed by other safe Pacific Island destinations.

They have flagged other international markets to be possible to open from around September or October, but goes as far as saying that full international travel won’t return until 2021.