7 Awesome Things to See in Antarctica

With possibly  one of the best value cruise deals from Australia for Antarctic cruising that we've seen, we thought it was a great time to look at some of the most popular as well as less well-known things to do on the white continent.

Antarctica is a wild and relatively undiscovered continent compared to the rest of the world. However, it’s fast becoming the ultimate adventure for alternative travelers. While there are some flights to get to Antarctica, the only real way to see Antarctica is via cruise or boat expedition, which typically explores around the Antarctic Peninsula. Just because it’s a boat tour, however, don’t think for a minute that you’ll actually stay on the boat the whole time; there’s plenty of opportunities to get off and get up close and personal with everything Antarctica has to offer. Whether it’s penguin observations or kayaking with whales — there’s no shortage of things to do in Antarctica.

Elephant Island, Antarctica, is named after the elephant seals that make their home there (as well as for its elephant-like shape). The island is located 150 miles off the tip of the Antarctic Peninsula, in the outer reaches of the South Shetland Islands. Covered in ice and towering above the surrounding Southern Ocean, it’s truly a sight to behold.

Explore the two historic sites - the Endurance Memorial Site, commemorating Shackleton's fateful journey with his Captain Luis Pardo's bust. Further in the south-western area of the island is the wreckage of possibly the SS Hampson, in the aptly named Hampson Cove. The wreck site has been designate a historical monument.

Cruising slowly atop the mirror-esque surface of one of Antarctica’s pristine bays along the Gerlache coastline might just be the most peaceful experience in the world. It’s hard to feel anything other than complete tranquility while surrounded by glaciers, snow-capped mountains, and clear blue skies. Spotting seal, minke, orca, and humpback whale is common, and seeing them from the water level is beyond spectacular. It’s certainly an Antarctic activity not to pass up.

Good to know: The water in Antarctica is chilly. That’s why you’ll be kitted out in a dry-suit and provided cold-water kayaks to ensure you stay relatively warm and dry. 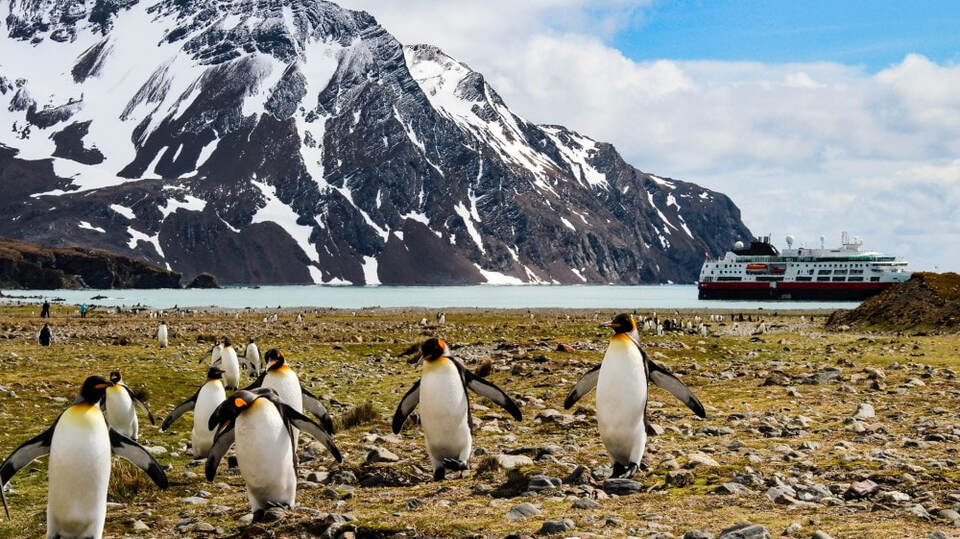 ​One Antarctica activity that’s on everyone’s bucket list is hanging out with penguins. Antarctica is home to six different types of penguins — Adelie, Gentoo, Rockhopper, Chinstrap, Macaroni, and the most impressive, Emperor. Lucky for you, it’s pretty much a guarantee that you’ll get to spend some quality time with them.
The penguins in Antarctica are totally unfazed by humans, so don’t be alarmed if they waddle right up to you (although visitors are asked to keep a respectful distance). The Weddell Sea and the Antarctic Circle are the most popular for penguin watching.​

Good to know: You will be instructed to stay atleast 10 meters away from penguins. However, if a penguin waddles up to you, it is advised to stay still and not to adruptly walk off as this might cause stress to the penguins.

​Camp Under the Stars

​Camping in Antarctica isn’t an activity for everyone — cozying up on the frozen ground in sub-zero temperatures isn’t everyone’s cup of tea. However, if you’re willing to sacrifice the luxuries of a comfy bed surrounded by four walls, you’re in for one of the coolest sleepovers you’ll ever have. While every boat tour company’s “campground” varies, one option could be Hovgaard Island on the west-facing side of the Antarctic Peninsula. Some outfitters provide tents while others opt for a more au natural experience of only a waterproof, cold weather sleeping bag (bivy sack) and thermal mat. Sleeping under the infinite number of Antarctica’s twinkling stars is a surreal experience and knowing there’s nothing between you and all of Antarctica’s frozen glory is truly a magical feeling.

Good to know: Camping overnight on the continent is purely up to the discretion of the expedition leader. If temperatures dip too low or the weather takes a nasty turn, the whole thing could be called off.

Explore the Waters with a Zodiac Cruise

​Go where your cruise ship can’t — hop aboard a small, sturdy inflatable boat and buzz between the icebergs and around the mountains. This is your chance to get an up-close look at some of the more cautious wildlife in the ocean, on land, and in the skies. It’s common for leopard seals, penguins, and other curious animals to pop up alongside to say hello. You’ll never feel so small in your life as you gaze up at the massive glaciers and icebergs from sea level. To call it a humbling experience would be an understatement.

Good to know: This activity is a big favorite of photographers. Zodiac cruising allows for more intimate viewing as well as an entirely different perspective. Antarctic Express: Fly the Drake from Punta Arenas is an Antarctica tour that offers four days of zodiac cruising to several sites in Antarctica. 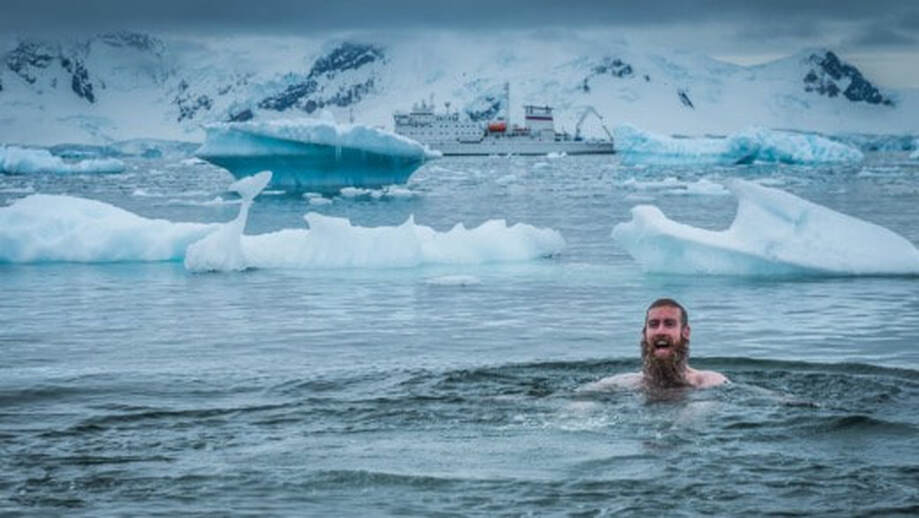 This could be a love-hate activity, but we recommend you do this. The polar plunge is exactly what it sounds like; fully submerging your bathing-suit clad body in the icy waters of the Antarctic. Terrifying and exhilarating in the same moment, it’s definitely a memory you won’t soon forget. And how many people can really say they swam in freezing waters of the Antarctica?

Good to know: This is a typical activity aboard a cruise ship. Some companies will allow you to jump off the back of the boat, while others will organize a mad dash from one of the beaches into the icy waters during a land excursion. 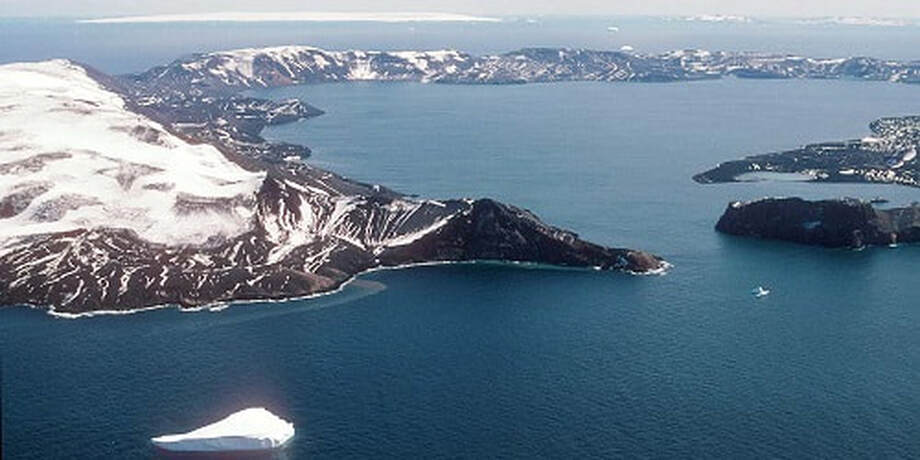 ​Just as the name implies, there’s more to Deception Island than meets the eye. Although its protected port has provided excellent shelter to sailors from the wild seas, the island itself is actually an active volcano! It holds many secrets of the continent’s old whaling industry, which thrived in the early to mid-1900s. Whale blubber processing plants rose, flourished, and then fell here as ship-based processing took over.
Scientific research stations moved into the old, abandoned processing plants, but due to multiple volcanic eruptions in the 1960’s, they were abandoned once again. Now, Deception Island is a collection of old whale skeletons, decrepit buildings, and rusted oil drums surrounded by ominous black, volcanic sand. This is definitely one of Antarctica’s spookiest attractions.

Good to know: Here lies Antarctica’s only thermal spa! Thanks to the volcanic activity beneath the surface, visitors can dig into the black sand and release the steam below the surface.
If you're looking to travel in 2022, you can't go past this amazing Antarctic fly/cruise deal from only $5990pp
RELATED ARTICLES